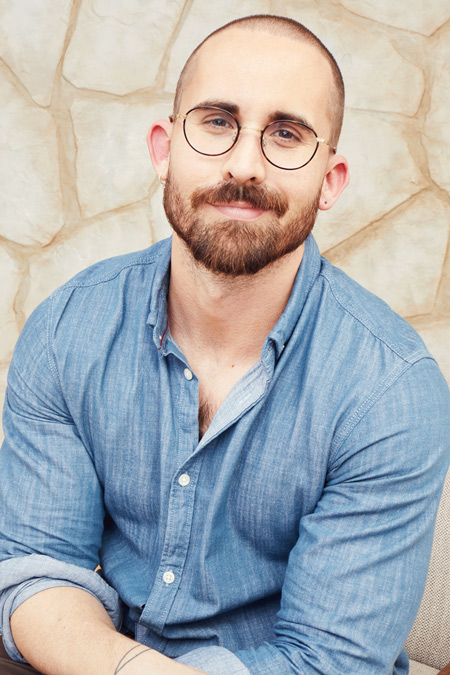 Raised in Chandler, Arizona, Ricky began experimenting with short form media at an early age. His inspiration came from the late nineties golden era of the music video. Back then, if you could dream it, anything was possible. He still believes in that level of glossy production value.

His interest in creating the kind of pop culture he grew up on led him to the Art Institute of Phoenix, where he graduated with “Best Portfolio” honors.  Relocating to Los Angeles, Ricky cut his teeth working in photo studios and assisting industry giants, which gave him a grounded perspective and appreciation for the legs of the business.  Soon thereafter, Ricky began shooting talent specs for publicists, and appeared on network television shows as a featured photographer. Eventually, he refined his brand of shooting enough to gain the trust of some amazing clients at major film studios and streamers. Ricky regularly shoots projects with Disney Studios, ABC, Netflix, and Hulu. He also recently shot Mariah Carey’s holiday menu campaign for McDonald’s.

He and his husband currently live in Los Angeles with their cat/daughter Selina.